A Portrait of a Lady or a caricature of the old times?

The Portrait of a Lady has been a real pleasure to read because of its multiple layers and varieties of possible interpretations. At first glance, it explores the thoughts and dreams of a young American girl having come to Europe with her rich aunt. The plot, however, is definitely not what this novel is about, or at least not all. The development of the characters, the deep exploration of the human mind and the ways social conventions define people’s destinies are only some of the aspects I was really hooked on. The subtle irony, the mockery of stereotypes and the constant parallels between Europe and America representing the old and the new, together with the visible intertextuality (I find much of Middlemarch’s narrative techniques and themes developed here, as well as some references to Pride and Prejudice) make this novel one of the greatest late-Victorian works of fiction. 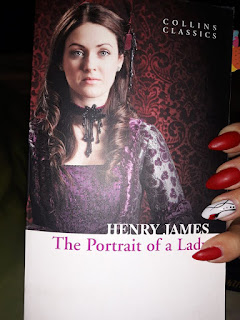 From the very first pages ladies and marriage are discussed as matters of high importance along with health and sense of humor. The strange thing is that they are discussed by men – the elderly banker Daniel Touchett, his invalid son Ralph and their neighbour Lord Warburton are musing about them over the ceremony known as afternoon tea in Touchett’s country mansion called Gardencourt. The three gentlemen seem to enjoy life, but that is not actually the case – their lack defines their insufficiencies and this lack is verbalised by the old Mr Touchett: “The ladies will save us,” said the old man; “that is the best of them will—for I make a difference between them. Make up to a good one and marry her, and your life will become much more interesting.” The ‘good one’, the ideal partner, the muse is something they desire but never get. Ironically, the typically women’s dream of meeting Prince Charming is reversed here. Men are those who wait for the perfect lady and since this lady is nowhere to be seen, they start making her up projecting her qualities into the new arrival. They want to be ‘saved’ by her and this need motivates Ralph to ask his dying father to make his American cousin Isabel rich. He is fascinated by her liveliness, her plans of travelling around the world and even her reluctance to marry well-off men such as Lord Warburton. 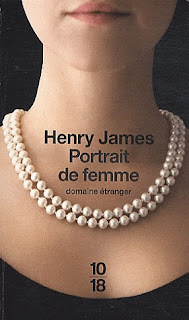 The attitude towards marriage is one of the main problems in this novel. It starts with the hint that the old American banker Mr Touchett is not happily married. This initial assumption is later confirmed when the reader is introduced to his wife, Isabel’s aunt Lydia. She does not live with her husband, moreover, she is constantly travelling from one place to another living her own life as she pleases. Women in this novel are much more adaptable, flexible and persistent than men. However, their social status and the way they are perceived are very much influenced by their marital status. Mrs Touchett is much more respected than Madame Merle even though their ways of life are quite similar at first sight. The hypocrisy of Victorian society (or even of European societies since the action mostly takes place in Rome) makes it perfectly acceptable for a woman to have lovers as long as she is married. The more unhappily married, the better. Countess Gemini is the perfect example of this tendency. On the other hand, young girls such as Isabel and her friend Henreitta Stackploe do not want to rush into marriage because they fear it would restrict their freedom (which as Americans they really appreciate). Their further experience proves this initial decision right, however their mutual incapability to stick to it tells a lot about James’ s view on ladies’ changes of heart. 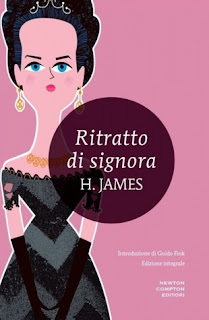 What Isabel really tries not to do is betray her principles. She does not listen to advice but she is ready to pay the price of her impulsiveness. In some respects she is similar to Dorothea from Middlemarch, only that Dorothea manages to find her true self whereas Isabel, in my opinion, gradually loses her identity in her marriage with Gilbert Osmund. Of course, one cannot underestimate the fact that Dorothea’s development as a strong person is aided by her husband’s convenient death, whereas Henry James does not seem to have such intentions for his heroine. Isabel, with all her expectations and dreams of being independent, is tricked into dependency. This is the main theme of the novel: not only had the heroine been deceived, she puts up with this deception because she wants to stay true to her moral values and martryrdom. Quite a portrait of a lady, Mr. James! 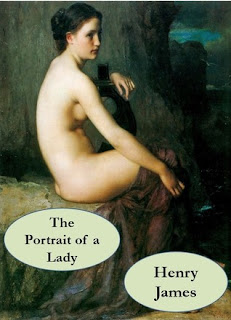 I have to admit, however, that the character of Gilbert Osmund is a great accomplishment of the author and a standing proof of James’s knack for creating psychologically deep and relatable characters. Osmund is a real and complete narcissist and sociopath of the worst kind. His behaviour is exemplary of the way such people try to dominate and break everybody else without appearing guilty about it. Gilbert’s attitude towards Isabel (and towards Madame Merle for this respect) is a study case as if it had been taken out of a psychology book from the future. Hats off to James, he nailed that one!
To sum up, this novel has depth and psychologism, it tells a lot about people’s relationships and communication skills, but it does not count on the plot. It has many layers to interpret, most obvious of which are the parallels between the old and the new – Europe and the USA, as well as the misinterpretation of expectations what ladies really want. Moreover, ladies and gentlemen are products of the decaying old world, so they are being dominated (Daniel), rejected (Lord Warburton) or dying (Ralph). Their values seem outdated, so the new heroes such as Madame Merle and Osmund seem to be the future. The final is open, which makes sense, since we do not read the novel for the plot, so there is another layer for the reader to contemplate. The Portrait of a Lady is a very adequate text even in the 21st century, so I really think people should give it a chance.